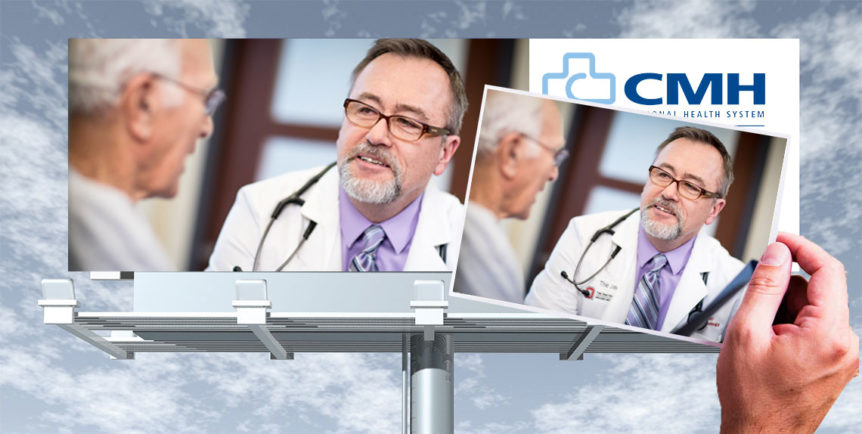 Pardon the Star Trek-esque title, but bear with me as I dive into a deeply contested and often misunderstood aspect of commercial photography – Camera megapixels, Photo Resolution & Maximum Print Size.

As long as I’ve been in photography, I’ve always pined after the maximum megapixels available in a particular camera model.  After all BIGGER IS BETTER right?  The first digital camera I ever laid eyes on was a Casio 1 megapixel camera in a Service Merchandise sometime in college.  Well out of the price range of anything I could afford at the time, I knew then that digital was someday going to be the way the industry went.  A few short years later, I found myself working at Procter & Gamble in product design and development and was beginning to be introduced to digital imaging and Photoshop…specifically Photoshop 2.0! My colleague bequeathed me with the division’s digital camera, a 3 megapixel Kodak! Whoa, that was huge…way bigger file than I could fit on my 3.5″ disk. Ok, now I’m showing my age.  But my point here is, digital cameras that we were using in the late 1990’s and early 2000’s at a Fortune 500 company in the product design division were, for all intents and purposes 5-10x less megapixels that your iPhone front facing face-time camera has right now!

All that nostalgia aside, what we as professional photographers are often asked is “How big is  your camera?” or “How big is the file” or “Can I get that at 300dpi raw maximum photo resolution so I can print it on a vinyl wrap to put on a skyscraper?”

So I get it, customers and design agencies want the biggest file possible because, well, they want to be able to print it as big as possible at any given point.  But, what we’re missing here is the intended use and viewing distance.  Sure if you want to crop an image to view only one small portion of an image, yes, more megapixels is great, but you probably should’ve shot with a different lens and perspective 😉 But, if you’re just wanting to be sure that you can print the full image for the cover of a book up to a billboard…the same file can do both…in fact a 10-15 megapixel can do both VERY well.

So if you’re a professional with pro level gear, and you’re shooting for high quality capture (read: focus, motion, proper iso, proper lighting) you’re more than likely covered for what  your clients want.

While a higher resolution file CAN be printed “larger” than a lower resolution one, you have to take into account “viewing distance”.  When was the last time you saw a poster print and viewed it from 8″ away?  Probably never.  You stand 4-7 feet away and your eyes see what was intended to be seen.  If you were to move in to 1′ and take a gander, you’d see noise…blur…and some artifacts from the file.  But that’s not what was intended when it was printed at that size.  Same can be said for a 3″x5″ print…when was the last time you viewed it with a magnifying glass (sans that one photo from your high school yearbook when trying to show your kids you really were on the track team).  Step back a bit, literally, and have a look at any billboard.  How far are you normally from it? 30′, 50′, 150′?  More than likely you are a “ways” away.  There’s that “viewing distance” thing again.  Now move in…how’s the file look?  Probably like it was shot on a 2004 Nokia flip phone.  But in all likelihood, it was shot on a ~10-20mp camera.  It’s your viewing distance that affects the “perceived” quality of a file.   Surprisingly, a giant billboard along a highway can be printed from a 3-megapixel camera!

I’ve often found that files from one of my 10 megapixel cameras from 2006-7 can create prints just as as sharp when viewed at a distance equal to the print’s longer dimension (or further away which will look even better). An example,  40″x30″ print from an 10 megapixel digital camera looks relatively sharp when viewed from roughly 40 inches away. Today, pro or even pro-sumer cameras having 20 to 30 megapixels can make 40″x30″ prints that look sharp at half that distance.

A 20′ wide billboard produced from a high quality image shot from a 3 megapixel camera (2000 x 1500 pixels) can look great viewed from 40-50′  away, but may look very out of focus or fuzzy when viewed closer.  The same file, printed on an 8″x10″, will look just as sharp as at 15″ as the billboard does from 40′.  It’s all in the intended viewing distance. Now, if you were to hold that 8″x10″ up at an arms distance while viewing that same image on a billboard from 40′ away…they should look equally sharp, despite being printed in much different sizes.

Here’s a subjective optimal viewing distance formula for our human eyes to obtain a quality print.  This is to be used for most modern pro or pro-sumer digital DSLR’s of any megapixel but preferably with 1-inch digital sensor or larger and 10 megapixels or better…

Optimal viewing distance: as a rough rule of thumb, the viewing distance should be 1.5 to 2 times the diagonal length of the image printed. This then gives an estimate of how far away you should be for the human eye to focus on a whole image. The bigger an image gets, the further away you need to be.

Pixels per Inch (ppi – not to be confused with dpi): for a viewing distance of 10′, how many pixels do you need to fool the eye into believing you are showing smooth continuous tones? The short answer is at least 3438 ÷ viewing distance in inches

Where does this magic # 3438 number come from? It’s based on the visual acuity of the human eye where 1 arc minute (0.000290888 radians) of angle is how much resolution the eye can see…yeah, I’m not sure what that means either other than our eye has a finite amount of resolution that it can pick up. As long as you keep your ppi above this value you should be fine at this viewing distance.

You don’t need a megapixel medium format beast to shoot for a billboard or large format print.  Take into consideration the rule above regarding printed photo width and distance to be viewed from and you’ll avoid any issues with quality and sharpness.

Hopefully that’ puts into perspective the megapixel myth that you need some 150 megapixel beast to shoot for a billboard. 😀