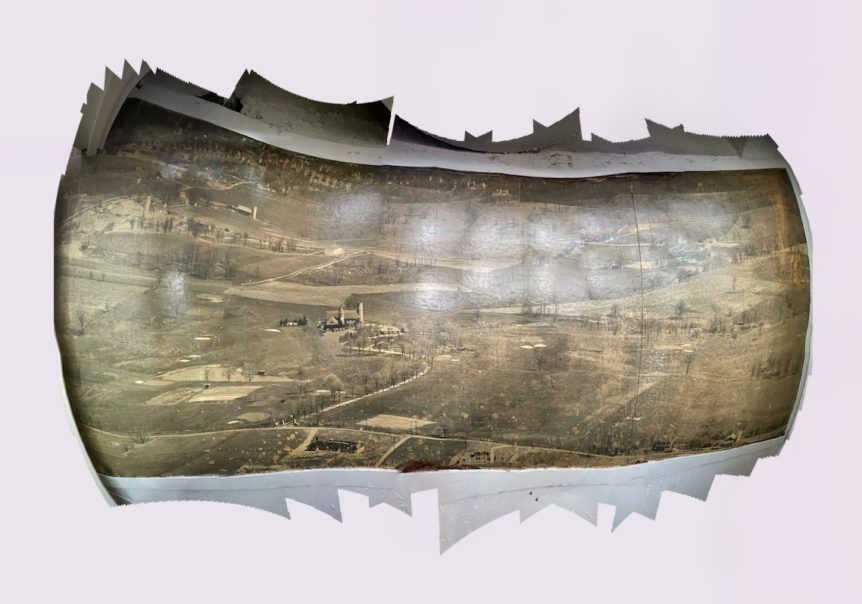 This project was intended to capture an old (1950’s era) print set that had been mounted to a curved surface at Summit Hills Country Club in Crestview Hills KY. The print was mounted to a fiberboard and wrapped around an existing structure of the club. The structure was one of the original silo’s on the farm the club was built on.